06.01.09
Slave Trade Route
Come join us as we continue the journey that one of the great missionary David Livingstone started.

06.01.09
Mount Kilimanjaro
Mt. Kilimanjaro  the rooftop of Africa: The tallest free-standing mountain in the World, and home of one of the Worlds most challenging treks. Even in ideal weather, your chances of reaching the summit are never 100%. Combine the thrill of being near, or (if you choose) even on this miracle mountain, with the thrill of hearing souls cry out to God for grace and mercy. Interested? Check out this trip »

06.01.09
Launch Out Mission Hospital
Are you a church or a group looking for something that you can do to impact a village? This a good trip for you to be the hands and feet of Christ.

06.01.09
Kenya to Zanzibar Island
This place puts the meaning to the Swahili word Safari which means journey. After a few days you will realize why it is referred to as the East African Adventure land. Our ministry here will involve orphanage visits, Village ministry-VBS, dramas, songs and time will be set aside for kids ministry (so get out the air bubbles and stickers). 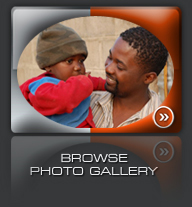 
Statement Of Faith
LAUNCH OUT MINISTRIES INT understands that true Christians can come from many different denominational backgrounds. We attempt to create teams that are well rounded with members that vary in giftings and backgrounds in order to create fully functional body of believers (as outlined in reference here) to accomplish each mission. Though this is our inclination we value unity and sound doctrine above it.


We believe in one God, externally existing in three Persons-Father, Son, and Holy Spirit


We believe that God created man in his own image; that man sinned and thereby incurred the penalty of sin which is death, physical and spiritual; that all human beings inherit a sinful nature which issues (in the case of those who reach moral responsibility) in actual transgressions involving personal guilt But God sent his son to die and raised him from the dead so we can be reconciled back to God.

We believe in the Scriptures of the Old and New Testaments as fully inspired of God.

Small Beginnings
The vision for Launch Out Ministries was born in 1997 in Ryan Finnies heart, at an all-night prayer meeting in Lusaka, Zambia. When God gave Ryan the desire to be a missionary, he didnt know any locals who did missionsthe only missionaries he knew of were Europeans or foreigners who had given up their lives to spread the gospel in Africa. At this time, Ryan was also the youngest soccer player in his province to ever get paid to play soccer, but he decided to do what the missionaries were doing. In 1998, Ryans mom gave him money, and with it he bought a car, but the desire to leave and preach in foreign nations was still growing. Ryan sold everything he had-including the car. With only a backpack and bibles, he and a friend, left Zambia, heading for Malawi.

Of course, because of their ages, people often rejected them or simply didnt take them seriously, saying they were too young to preach the gospel. But no matter, Ryan and his friend began preaching everywhereschools, youth groups, the street. It was during this time that the vision for Launch Out began to take shape, changing from a blurred desire to a clear idea. Soon after returning to Zambia, Ryan began traveling again.

It was during this time, 1998-2001 while traveling through eastern and southern Africa, staying with the villagers and eating their food (he has funny stories of these times). It was at this point that he had to make the hard choice between being a paid soccer player and being a missionary. Ryan chose missions.

In 2001, he met Julie and, two years later, they were married. In 2004, Ryan & Julie founded Launch Out Ministries International Incorporated. In the same year it was registered and approved as a non-profit cooperation by the IRS. Ryan and Julie are happily married in Florida, where Launch Out Ministries is headquartered. God has blessed them with two beautiful daughters, Natasha and Liseli Finnie.

Vision
Launch Outs vision, simplified, is this: to send people into different parts of the earth to preach the gospel. It is to equip Christians for missions, empowering them with Launch Outs equipment, opportunities, and global contacts. We are revolutionizing mission trips, providing christians with trips that are edgy and challenging while giving them the chance to simultaneously have the time of their lives and make a difference in others, sharing the knowledge of the Good News that they can so easily access in America and the so called first world.

Our Motto
Our motto, WheneverWhereverHowever ® is indicative of our passion to win souls for the Lord. As a team member of Launch Out Ministries mission trips, you must have this mindset. You must be willing to go wherever God sends us, however he makes it possible for us to get there, and whenever he tells us to go. Our prayer is that every trip participant catches this vision and runs with it.